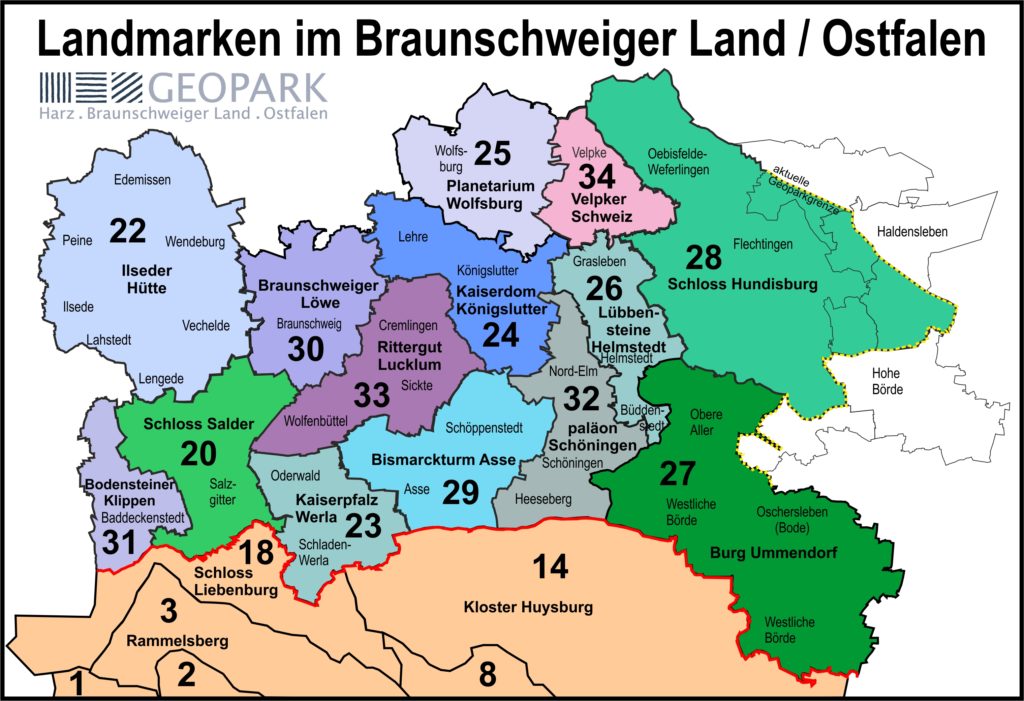 Processing status of the landmarks in the Brunswick Land / Ostfalen area, February 2017
Landmarks 20, 22, 27 and 28 are completed.

In September 2002, the landmark concept was developed as part of a multi-geopark workshop in Allrode, the implementation of which has been or will be implemented in several steps.

Well-known landmarks (mountains, towers, castles, etc.) form a visual connection to georoutes in the respective surroundings. In addition to the first destination, other Geopark-relevant facilities are grouped in a rapidly accessible environment. The already implemented landmarks in the Harz subregion can be found here.