The unicorn cave is located in a high plateau of dolomite rock, which is delimited on the side by cliffs opposite the valleys. This cliff and karst landscape is characterized by a limestone beech forest with typical fauna and flora. The dolomite rocks give the landscape form and an adapted living world.

With the cave as the starting and ending point, the existing natural phenomena are controlled and recorded in a well thought-out linear order. Three different circuits between one, just under four and also over ten kilometres in length, but which always contain similar natural phenomena, are offered. The farthest path, which is also part of the Karst hiking trail, includes the nearby natural monuments of Scharzfels castle ruins and stone church.

Visitors and hikers can visit about 60 information, adventure and play stations. For orientation in the terrain, navigation aids were set up and, where necessary, the route was improved. A folder with the route is available at Haus Einhorn.

The path is also oriented towards the cave in the underground: it starts at the access tunnel, the nature entrance and the former Neanderthal portal are visited, the course of the cave underground is visualized along the way. 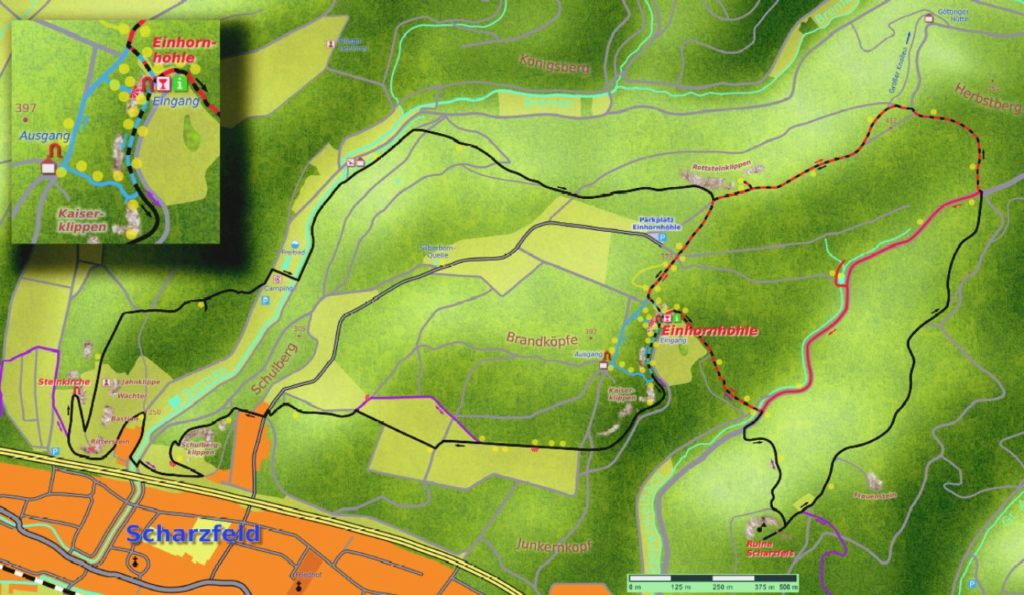