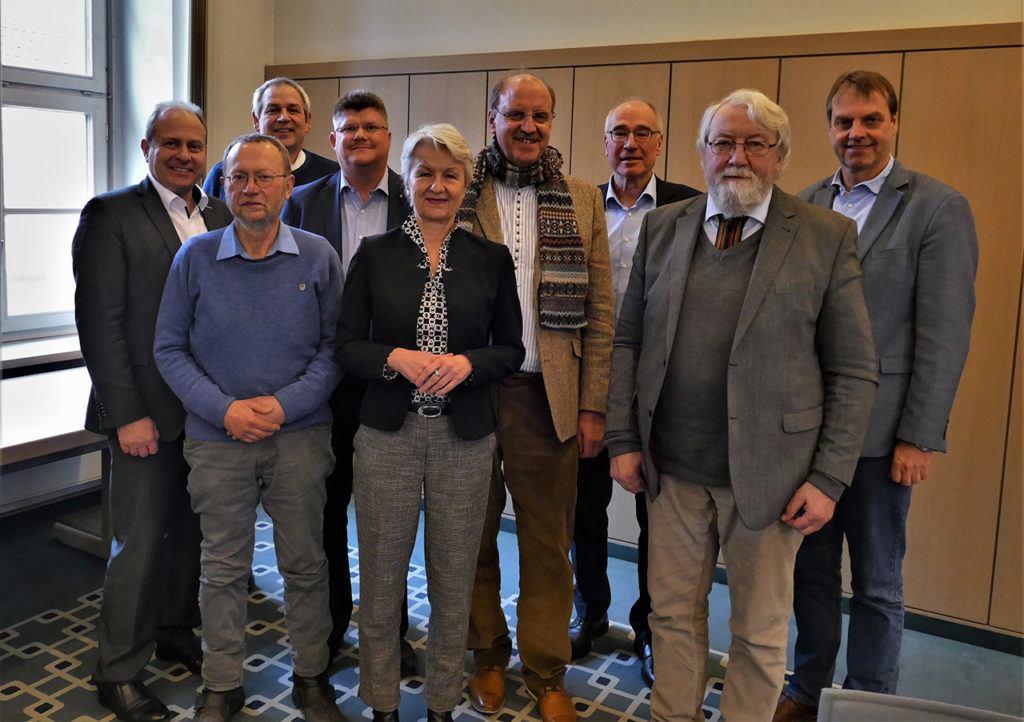 The Geopark-Carrier Association Braunschweiger Land – Ostfalen e.V. has elected a new Managing Board. After the previous chairman Hans Werner Schlichting retired and Uwe Borchers (Königslutter am Elm) and Henry Bäsecke (Schöningen) soon to retire from active service, new elections to the Board of Directors were due. In addition, the budget approach for 2020 with a volume of €300,000 was confirmed during the Annual General Meeting.

The new chairwoman was the Wolfenbüttel district councillor Christiana Steinbrügge, second chairman of the Helmstedt district councillor Gerhard Radeck. The new co-chairs were the incoming mayor of Schöning, Malte Schneider, the mayor of Königslutteran, Alexander Hoppe, and the deputy mayor of Ummendorf, Dr. Thomas Ruppel. The previous 2nd Chairman Claus-Jürgen Schillmann will remain on the Board of Management in a new function and has also been elected as co-chairman as a representative of the sponsoring members. All the election results were without a vote against. Other board members remain Karl-Friedrich Weber (FEMO), Dr. Michael Schwarz (Wolfsburg), Andreas Memmert (Werla-Schladen), Detlef Kaatz (Cremlingen) and Henning Heiß (Peine).

The new chairman Christiana Steinbrügge thanked Karl-Friedrich Weber, Werner Schlichting and Managing Director Dr. Henning Zellmer as well as the other members of the Board of Management for the 20 years of construction work at the UNESCO Geopark. In addition to improving the visibility of the geopark, it intends to promote educational work and interdependence with the regional cultural offer. For example, a joint project with the adult education centres on GNI (Education for Sustainable Development) could make the geopark in the region better known. One can also learn something from the Danish partner Geopark Odsherred: a successful Geopark festival is held there every year.

In addition to the election of the Board of Directors, an amendment to the Articles of Association was also adopted. A permanent Geopark Committee will be set up, in which all member municipalities will be represented in order to coordinate work on the Geopark infrastructure and the Geopark programme even more effectively with the office and the board. Two additional members of the Geopark Committee will be nominated for the Board of Directors and elected by the upcoming Member Assembly. The Lower Saxony State Forestry Office Wolfenbüttel and the Landvolkverband Braunschweiger Land were welcomed as new cooperative members.