In the middle of the city of Wolfsburg, the geopath runs along the Klieversberg through Jura-era rocks. Limestones, claystones, sandstones and marl from Lias, Dogger and Malm are open in the grounds, quarries and natural rocks. From the theatre, the path leads through a clear limestone beech forest to the animal enclosure, which is located in a former quarry.

The Geopfad am Klieversberg was originally set up by the VFMG on the occasion of the 50th birthday of the city of Wolfsburg and the geopoints were marked by ten boulders bearing an ammonite symbol. In 2011, the path for the Geopark was revised and supplemented with information about the lively nature, the animal enclosure and the planetarium.

After the animal enclosure, the geopath leads past several newly created ground owls and the sandstone cliffs of the Hohenstein. The limestones often house fossil remains of the former inhabitants of the Jurassic Sea (snails, mussels, ammonites), which covered the entire region about 200 to 140 million years ago.

In addition to the earth’s history, an old orchard, Hutewald oaks and a giant larch can also be explored along the path. From the memorial on the Klieversberg you can enjoy a unique view of Wolfsburg and the Allertal. In addition, a visit to the Wolfsburg Planetarium is an offer at the end of the circular route.

The entire route takes about 2-3 hours, but several shortcuts are also possible. In particular, the routes within the forest area at the theatre are not suitable for wheelchair users and strollers, because the paths are partly steep. The other routes are well developed. For example, the parking lot at the Stadttheater is suitable as a starting point.

1. Theatre/Parking
2. Along the trim path
3. Former quarry in the animal enclosure
4. High-ring embankment south of the viaduct
5. Stadtwaldstraße/Hochring
6. Klieversberg
7. Hohenstein
8th Goethe School
9. Back of the “CongressPark”
10th Theatre 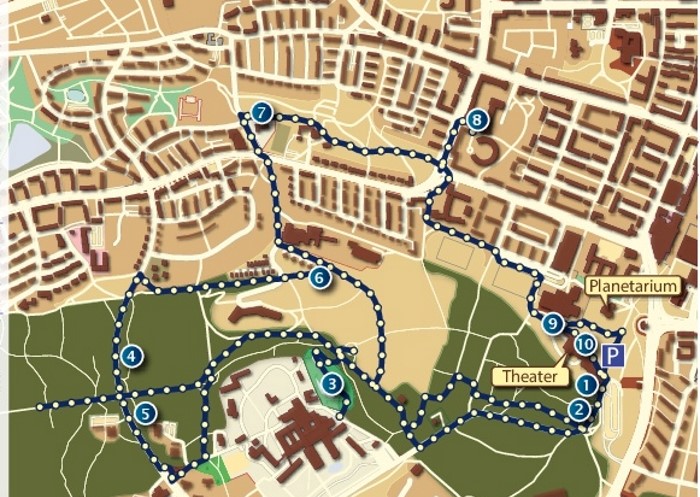 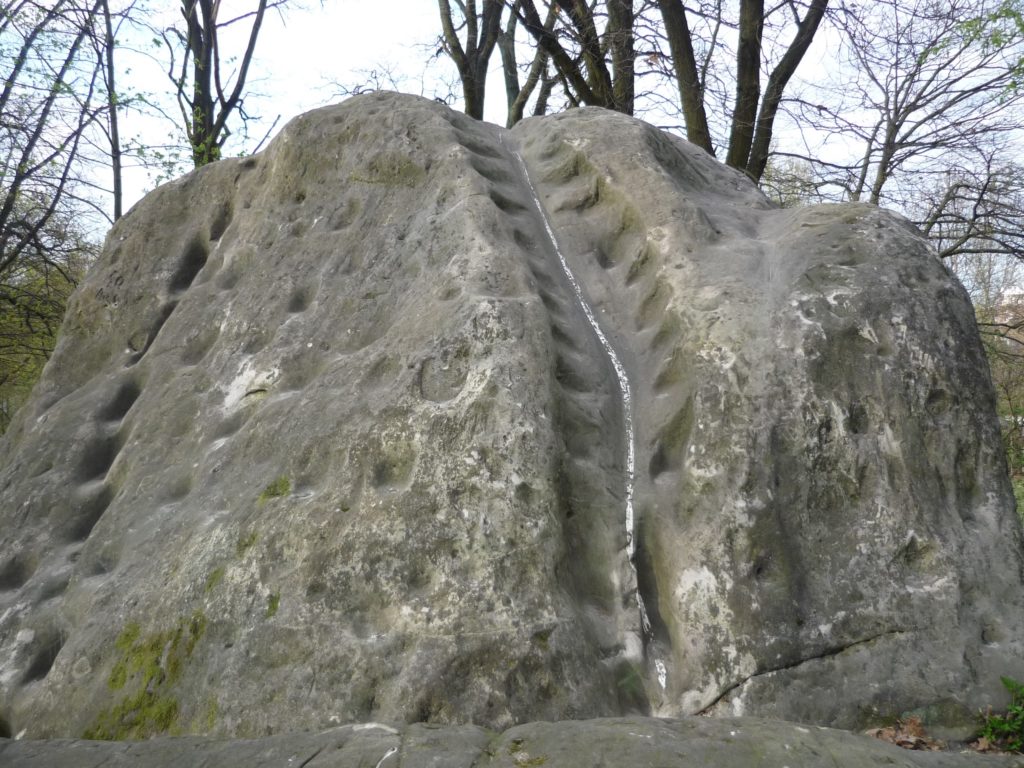